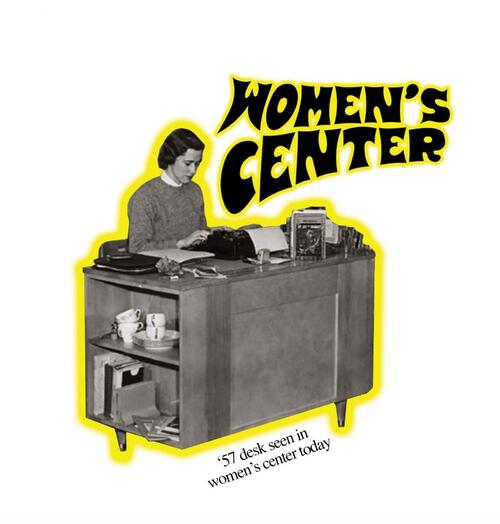 The YDS Women’s Center was founded in 1971 by Joan Bates Forsberg, who was hired as the Advocate for Women and the Registrar, a position requested by the twenty-eight women students of the Divinity School at that time. Which issues and agendas the Women’s Center would embrace were formulated out of consciousness-raising groups participated by students and faculty. Over the years, interests and pursuits ranged from those such as family planning and abortion to Black liberation and HIV/AIDS. Many of these initiatives were spearheaded by professors such as Letty Russell, Margaret Farley, and Serene Jones. The Women’s Center has always served as a place in which women could be heard and a communal space where life-giving ideas could actualize and emerge.

The beginnings of the YDS Women’s Center, in the words of its founder Joan Bates Forsberg:

“[The women students] all helped me decide that we needed a space on campus for women to meet. There needed to be something like a Women’s Center […] I think it started in terms of thinking about needing a room where women, if they wanted to come to talk with me, or if they wanted counseling […]

I can see the day as clearly as if it were yesterday. I was sitting in my office and a couple of the other women were here in the room with me. Raymond Wood was the Facilities and Business Manager of the School, and his office was across the hall […] The women and I had decided that I would go and ask Mr. Wood for a room where I could meet with women when they came for counseling […] I stepped out of my office, half way across the hall, and the women in the office behind me suddenly said, ‘Ask for a suite [in Bacon House].’”